Well I finally finished reading the Kindle Edition of this H.P. Lovecraft Anthology. 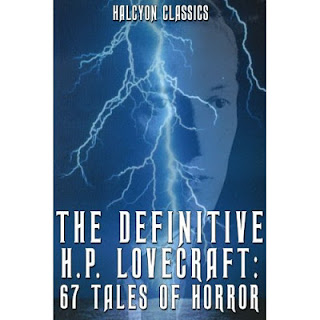 While the price was very good I will say that my interest in Lovecraft really ebbed and flowed. Some of the stories just didn't capture my interest as much and I found myself getting tired with some of Lovecraft's literary devices. But that is somewhat par for the course when reading collected works. I found Howard to get to me at times as well when I read the Conan anthologies.

What I was not prepared for was Lovecraft's racism. It doesn't come up in every story, and a lot of it is garden variety Anglophile world view of "lesser" races. His racism against blacks, or African - Americans if you prefer, is repugnant.

Sorry, but I gotta calls it as I sees it. I personally was totally unprepared for it. At first I was inclined to think that it was just a sort of period bias against barbaric non white, non Christians and it was that. But it was actually worse than that. I still enjoy the true horror stories and the Dreamlands stuff is pretty good but I probably would have come away with a better taste in my mouth if I had stopped at Call of Cthulhu and Dunwich Horror etc.

Gorgonmilk in the comments here pointed me to an interesting essay here.

I still enjoy the Cthulhu mythos and spinoff games, but I have to say I was disappointed to read this tripe from Lovecraft.

So I can't fault the book itself. Good value, you get a ton of stories. But if you only want to read the main stories and be subjected to to the other stuff less, maybe try a different book.
Posted by Sean at 5:09 PM