Crosman 1077 - Putting it back together.

So I attempted to replace the end seal and reassemble my 1994 Crosman 1077 pellet rifle. 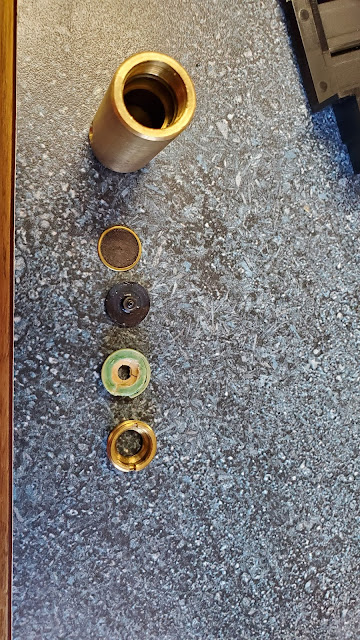 So here is the the Plug Assembly (1077-036) broken down into its component parts. 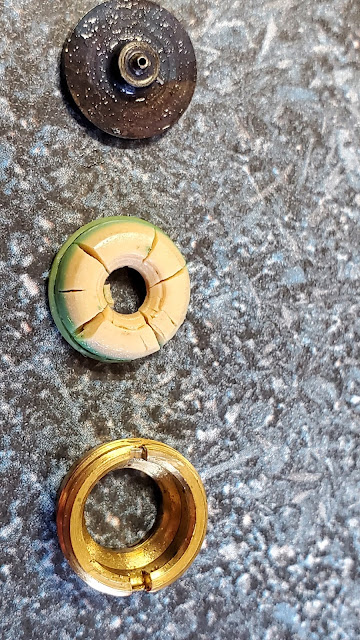 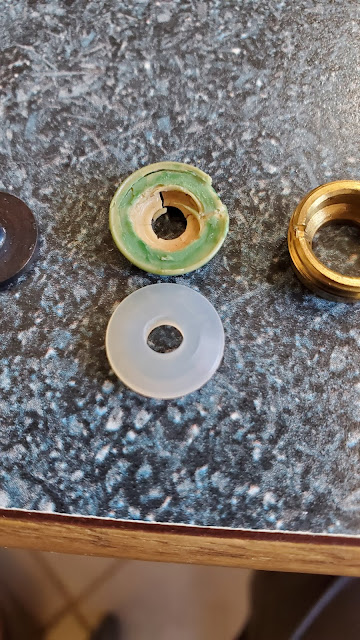 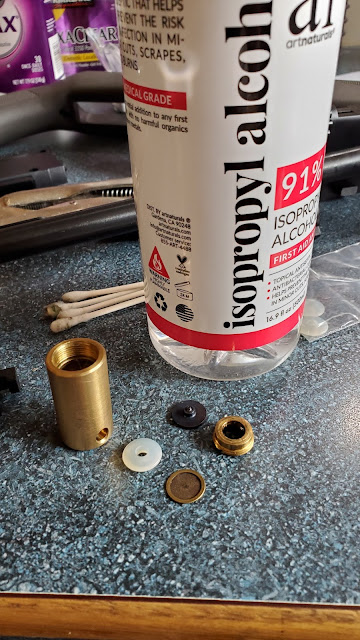 I then cleaned all the parts with Q-tips and 91% isopropanol. I'm sure 70% would have been fine. 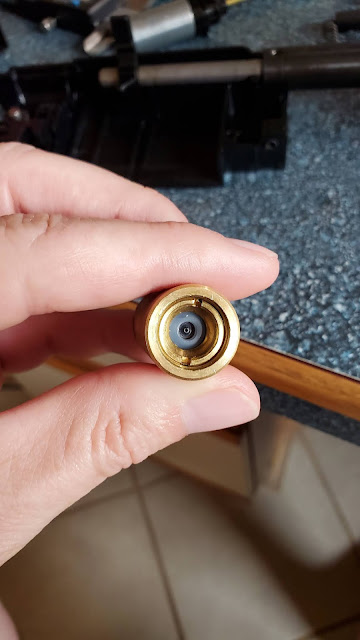 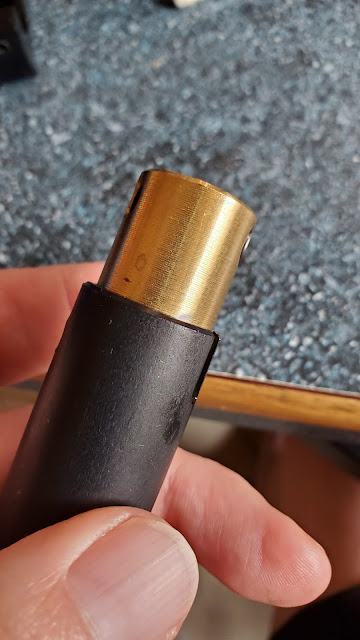 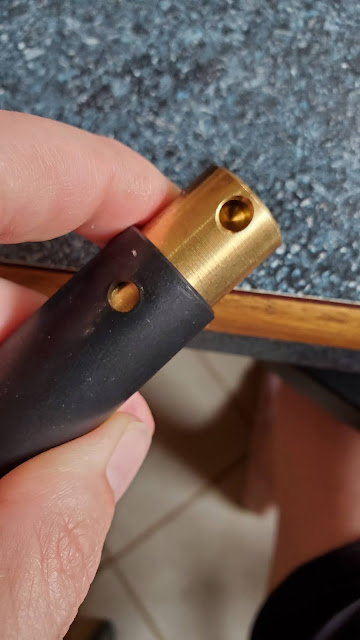 You want to line up the pin side with the hole, 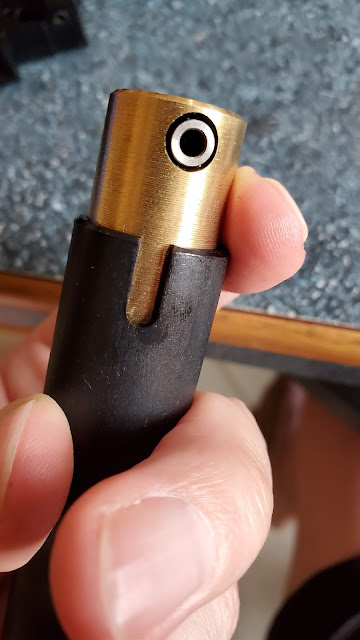 and the tube side with the notch. 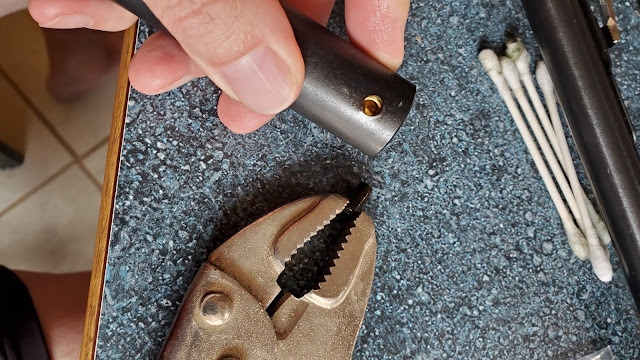 Theoretically you still have the pin in your vice grips. 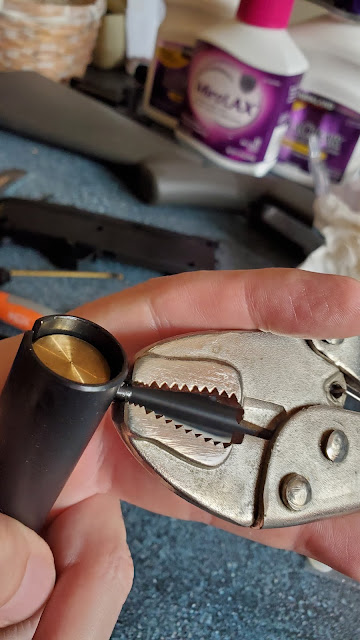 You just reverse the process and push while twisting. 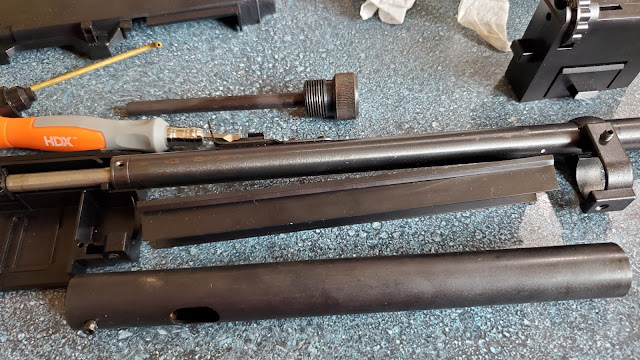 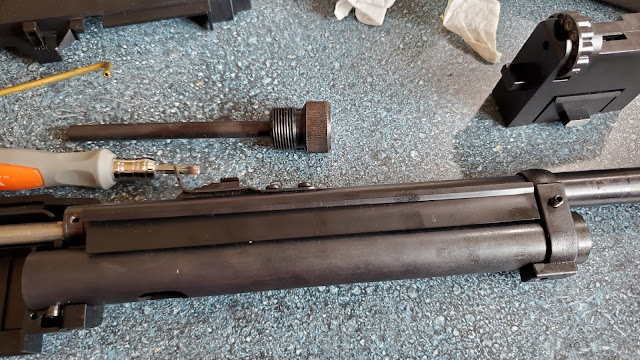 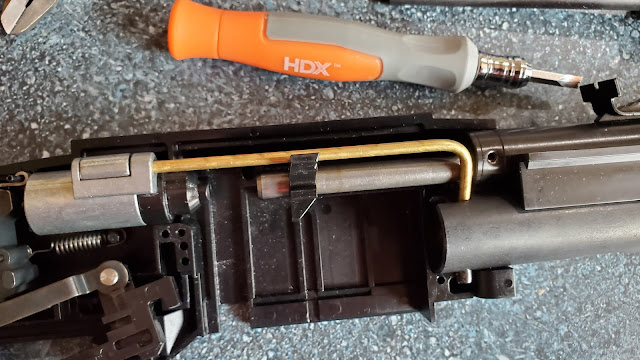 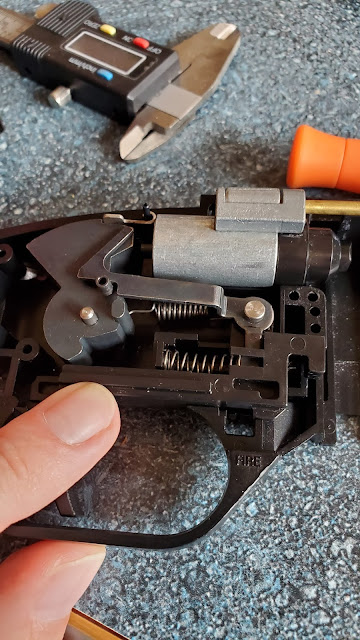 Next, find the part you didn't know existed until you saw it fall out of the Receiver when trying to put things together. That would be the Hammer Roller Pin (106-024) under the metal arm of the Trigger Assembly (1077-033). 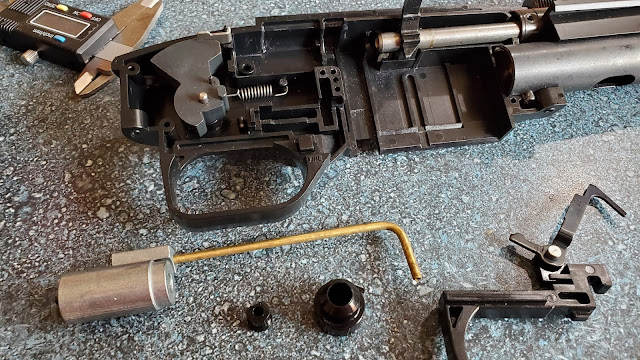 This next step is very important. Drop the Valve and Tube Assembly (1077-034) and Trigger Assembly (1077-033) on the floor, thus learning how to disassemble a portion of the Valve Assembly into its component parts. Realize you only have Detent (106A011, which is then called 106B011 in the list) and Detent Body (106A010) but not the Detent Spring (106A046) because of course you didn't see where that went when it hit the floor. Grab a beer. 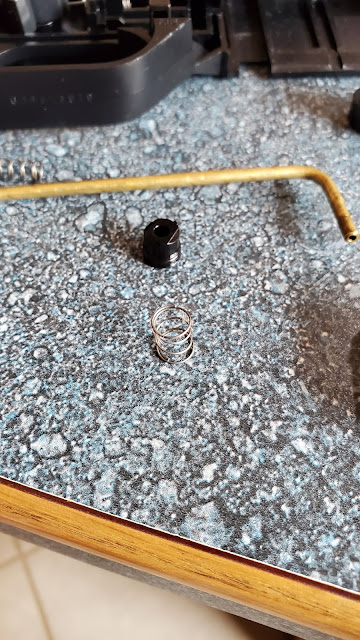 Don't give up and eventually find said Detent Spring. 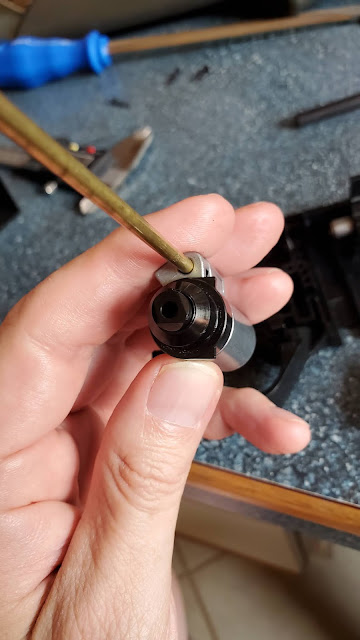 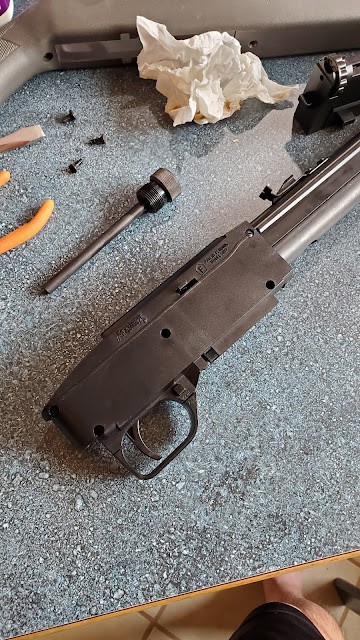 Get the Receiver together with all the assemblies put back together correctly, for the third time after having springs be springy. 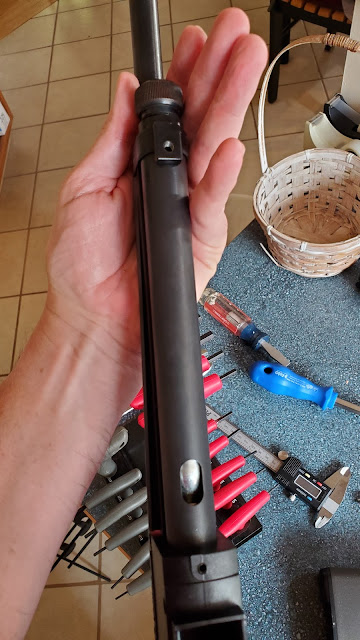 Insert a cylinder without the stock on to see if it leaks. It seemed to hold. 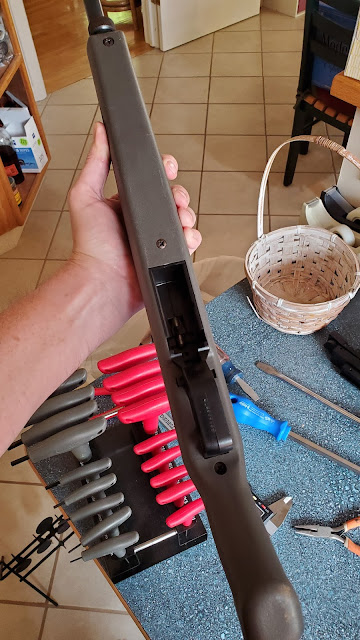 Put the stock on with the three screws, remember that the one furthest from the trigger is a bigger diameter than the other two, but by now you've pulled this thing apart so many times that's not difficult. 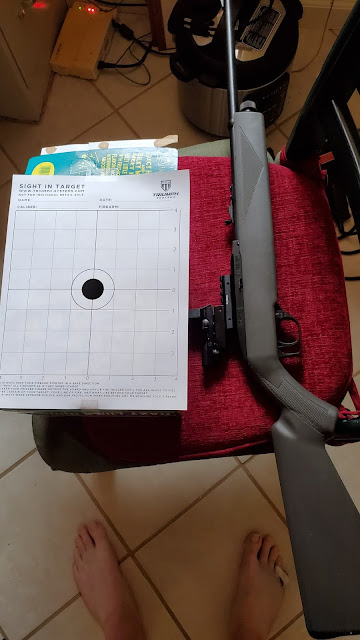 Find a target online or go old school and draw an X on a piece of paper. (Sorry for the gratuitous broken toe shot.) 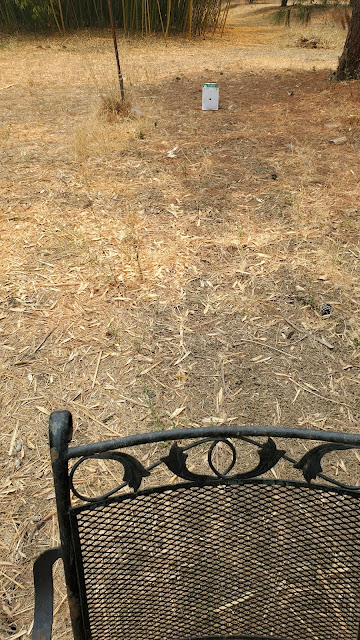 I then went outside to try and sight it in at about 10 paces. 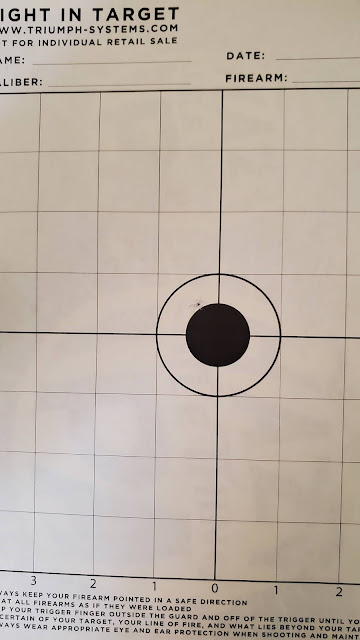 I got off one shot, then realized I left the Allen wrench for adjusting the site inside. I came back out, lined up my second shot, finger on the trigger and...

Somehow it started leaking again. I tried some in situ adjustments of the guide collar and then had a hard time getting the cylinder to pierce. Finally I figured that maybe I just need a new piercing pin. It is, however, possible that the gun is leaking at the plug assembly and tube junction.

So I'm waiting on the new part. In the meantime the replacement 1077 arrived and my brother and I spent about an hour shooting cans and targets. It was great fun.

So the jury remains out on whether I can resuscitate this gun. I'm at the point where I don't want to spend anymore to fix it because I'm halfway to the purchase of a brand new one. I'm also running out of time. So we'll see if I have anything further to report.