Hi All,
Last week I set myself the challenge of painting up some figures for the family to play Advanced Heroquest with me on my birthday, or there abouts.
Once I finally got stuck in it didn't really take that long. I gave my wife and daughter a choice of figures so they cold be more invested, but I tried to stick with the basic tropes of Human, Dwarf, Elf and Wizard. 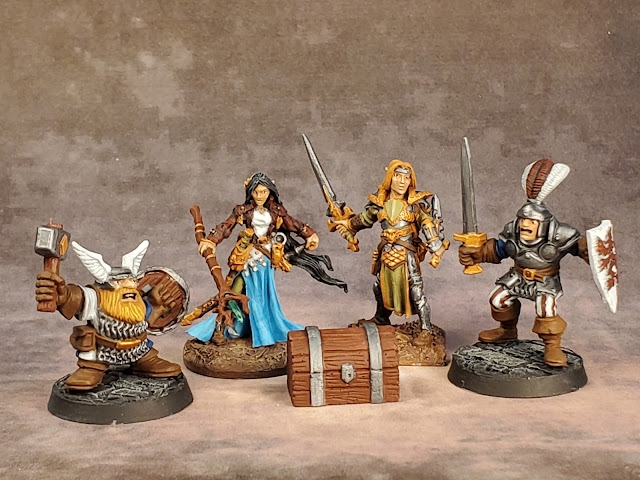 As you can see I painted two of the original figures and two Reaper figures that my wife and daughter each picked from my collection of unpainted figures. 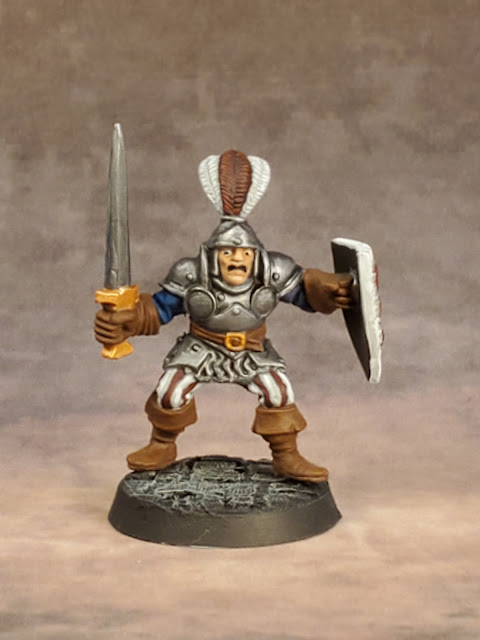 I tried to keep the color palettes simple and use a lot of the same colors across the four figures to not have to think about things too much. I'm not super happy with everybody's eyes, but I think it is better to try and paint them. 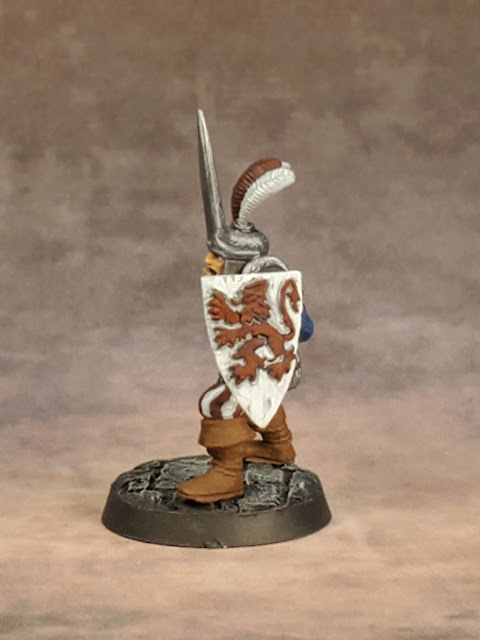 This shield is a lot like the one from the plastic Bretonnian Knights of the Realm. 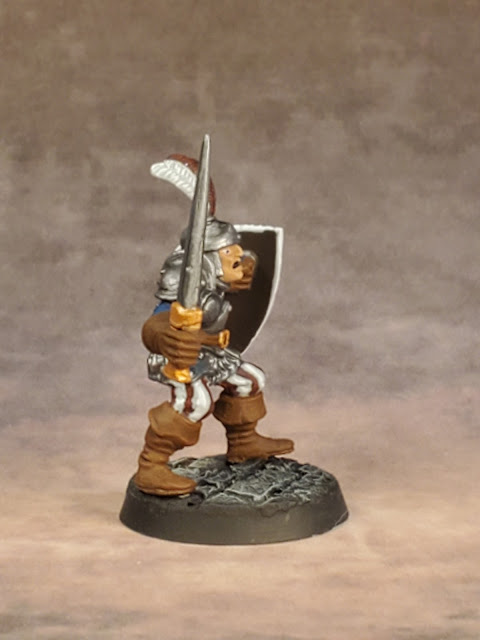 I almost forgot. For the two AHQ figures,  I cut them of their bases and then used a "brick" roller from Grenstuff World over a thin layer of DAS. That suggestion was given to me by Asslessman of Leadplague quite some time ago.  I like the look for a dungeon crawl. 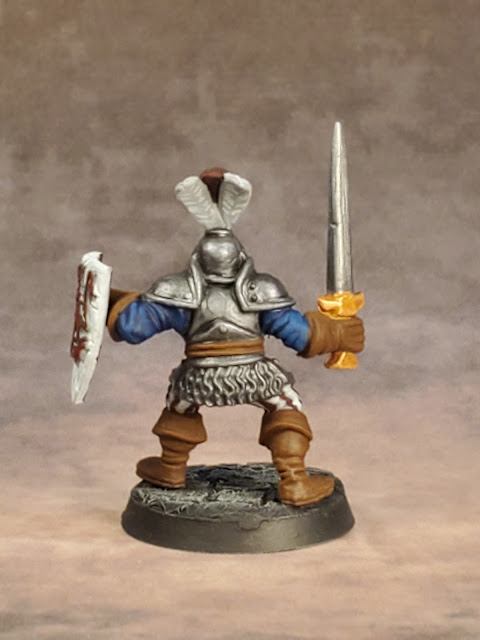 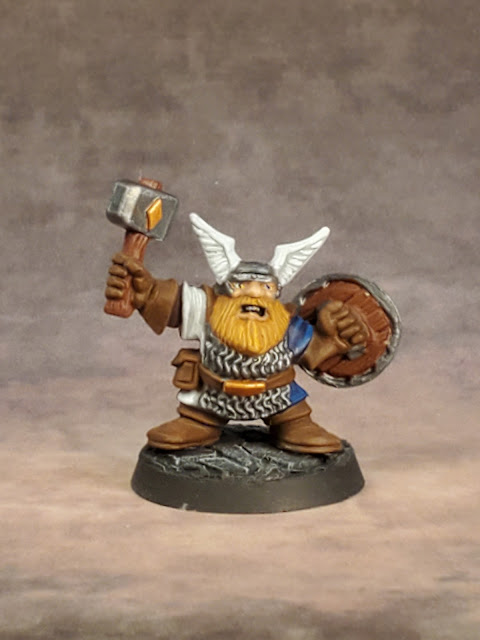 Rawr! I chose to do the dwarf in White and Blue as a nod to Wayne England. He's nowhere as good as those figures, but I'm happy with how he turned out. 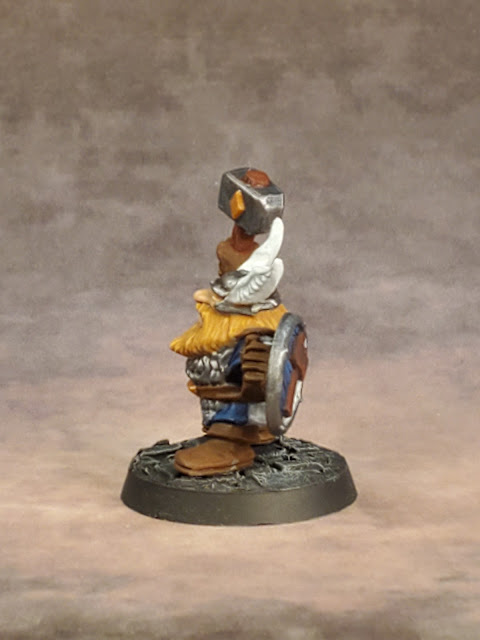 Not much to see here. 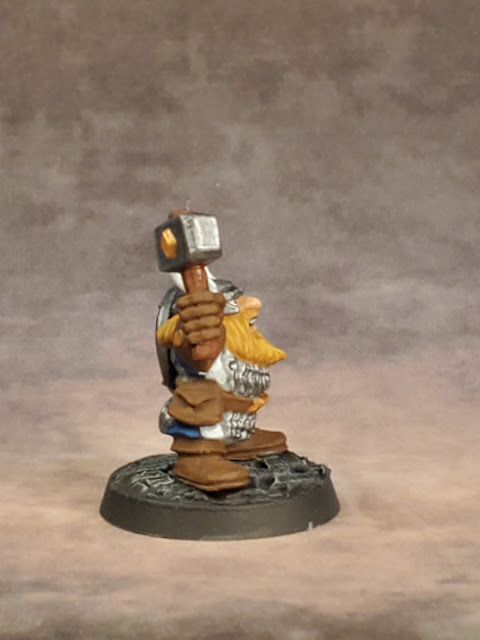 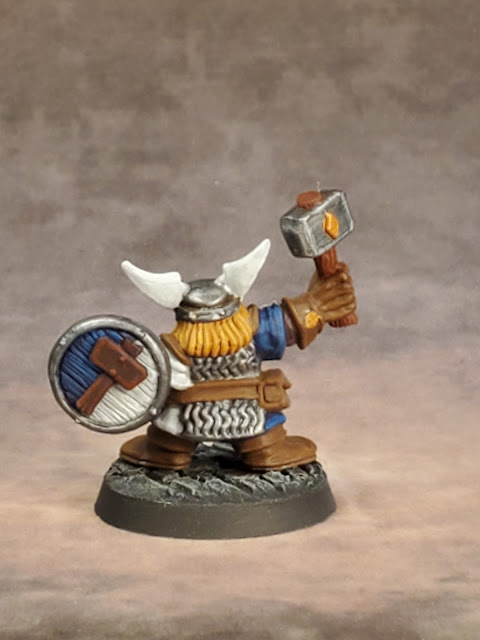 Here you can see the work I put into the hammer and shield a little better. 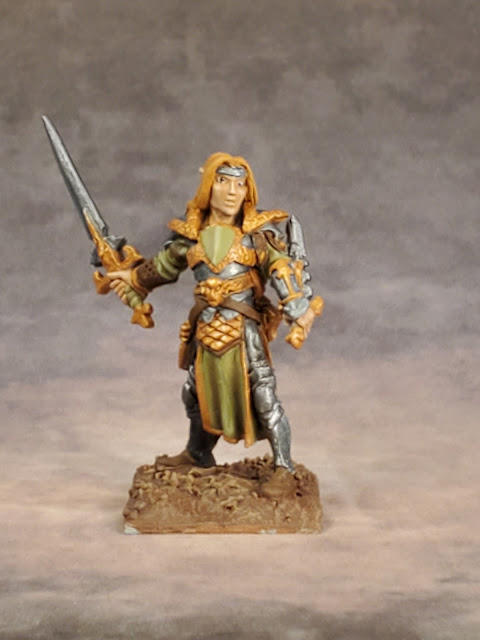 This is Anduriel from Reaper miniatures. I thought it was a female figure. My wife doesn't think so, but she picked it anyway to be the Elf. 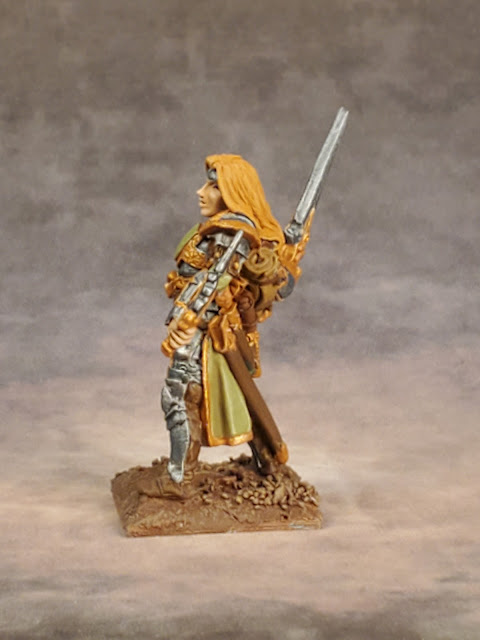 I bought this figure as part of the Reaper Learn to Paint kit: Non Metallic Metal. 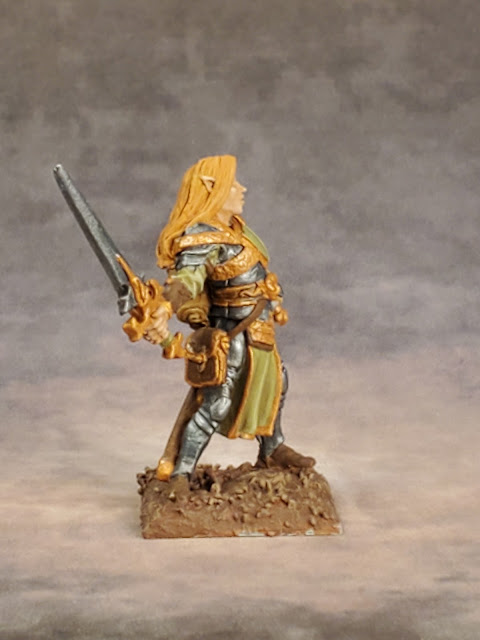 You may have noticed that I ended up using metallic paints. 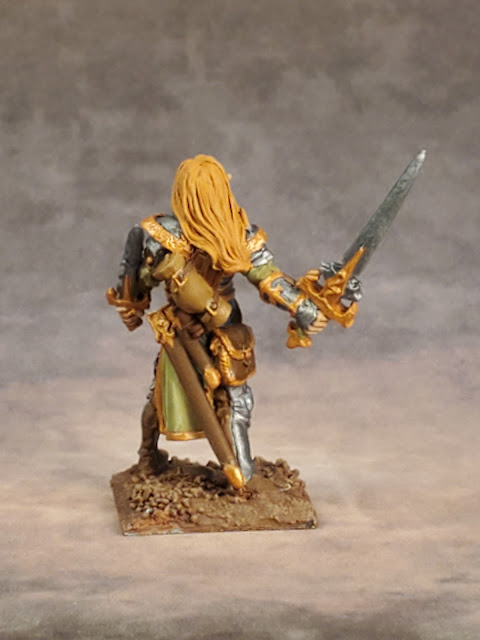 I started the turtorial, and learned a couple of cool things, but I mostly learned that I suck and NMM and don't understand how light reflects off of objects. Painter, know thyself! 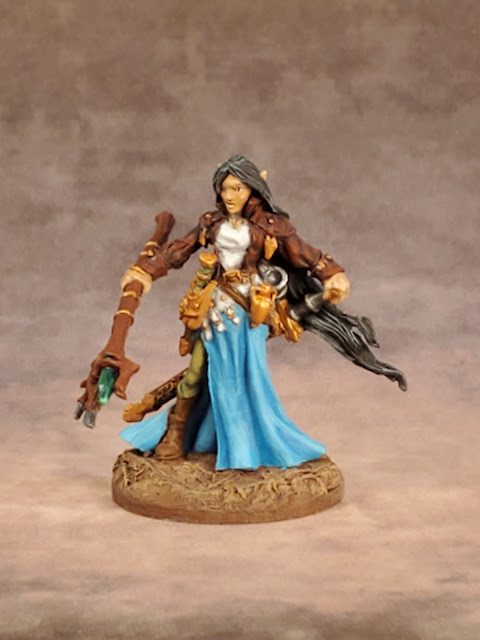 This is the 25th Anniversary Lysette. I have very few female figures in general and even fewer female wizards, so I was happy to paint this one for my daughter. 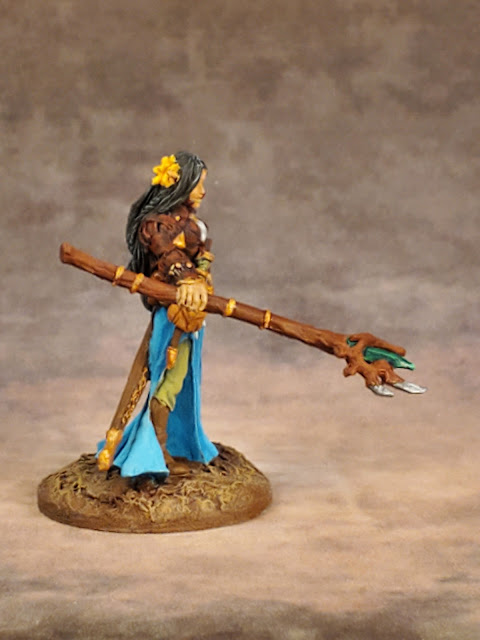 She is a super busy sculpt and I probably had the hardest time with her out of the bunch in just figuring out what colors to use and where. 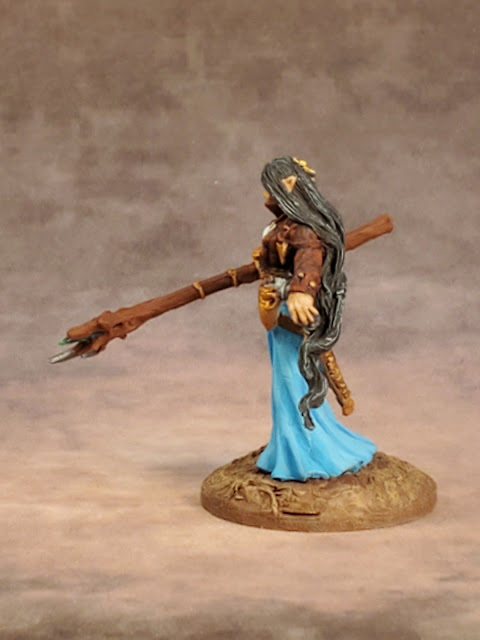 I kind of rushed her hair, I could do better, but I wanted to get the game started before it got too late. 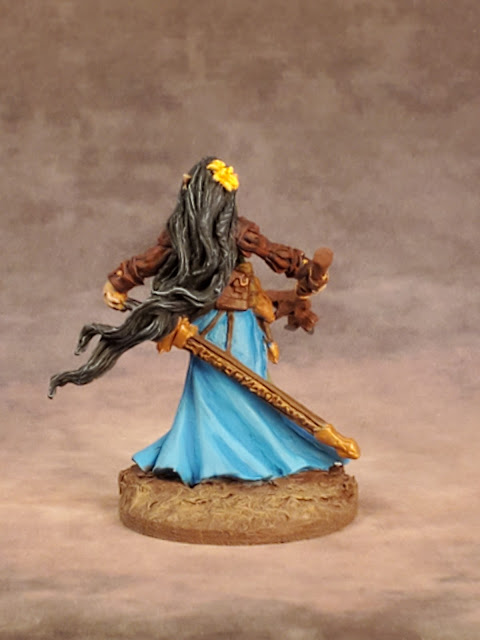 I don't know if the yellow flower clashes with the rest of the model, I just wanted it to stand out. I had a hell of a time distinguishing between the flower and her ear on that side.  I think i got it in the end.
I hope you are getting to your backlog of hobby stuff. I have another project I'll be finishing up over the next couple of days and then I hope to have a comic report of our dungeon delve.
Happy painting!
Posted by Sean at 12:26 PM