My version of the Oldhammer 2015 figure, "Psycho Sam"

You may have already seen him here, but I'm going to show you to him on my blog again. 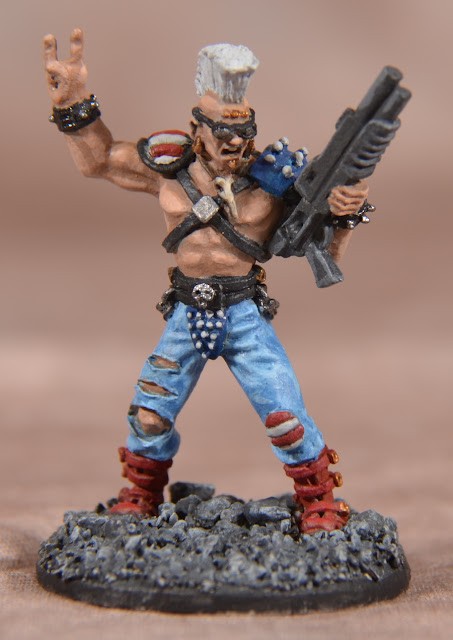 I went with an homages to Howard Chaykin's Plexus Rangers from his American Flagg comic. 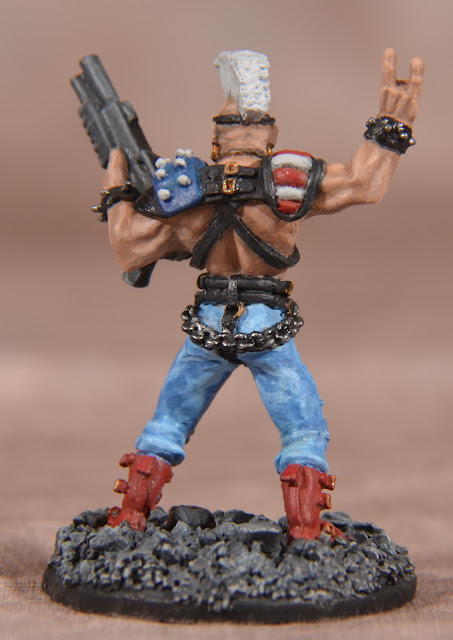 I may break with my normal rule of done is done and try to touch up the gold jewelry in his face, it looks like I may have gotten matte varnish on it. I used absolutely no grunge wash, perhaps a first for me in a long time. I think it paid off.

In my world, Borborygmus Prime, he is part of the Anarcho Squad. Meteing out the Emperor's justice no matter what the collateral damage. 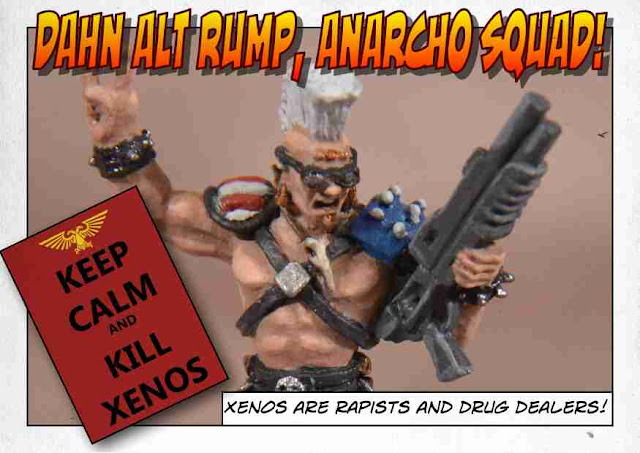 I briefly considered making his face orange with a white raccoon eye look, but as you can see his face is already pretty busy with the piercings and goggles. So I left it. Why does he wear a bird skull around his neck? The last guy who asked got a 12 gauge blast to the face!

For those of you that think Donald Trump is a good idea for a Presidential candidate, sorry; not sorry. Only in the current political bizarro world we find ourselves in could someone say the things he says and actually go up in the polls. While I don't disagree that politics as usual is a real problem in our country currently, what he is doing is the worst and ugliest type of demagoguery, preying on peoples real fears and frustrations.

I don't like to bring real life to the blog, especially politics or religion, but that's how I feel about him.
Posted by Sean at 9:00 AM