Hi All,
So you may or may not have seen these great Sci Fi buildings that Bulldoglopez and Axiom have been building out of old Necromunda bulkhead sections.
Now I had thought that Bulldoglopez had blogged about it, I was wrong. Axiom, however, has here. In fact, he is such a consummate gentleman he has blogged Bulldog's as well at the end. I'll wait while you read it. When you do you'll realize why I got excited about hab building.
My first issue was that I didn't have any of the old Necromunda tiles. What's a guy locked in his house with a 3d printer to do?
First, search the term "Necromunda Bulkhead" on Thingiverse. I tried several and they had real problems with ovehangs straight out of the box. I had to figure out how to get usable prints. After failing with the split, flat on the build plate, files I figured I could cut the vertical files in Meshmixer. 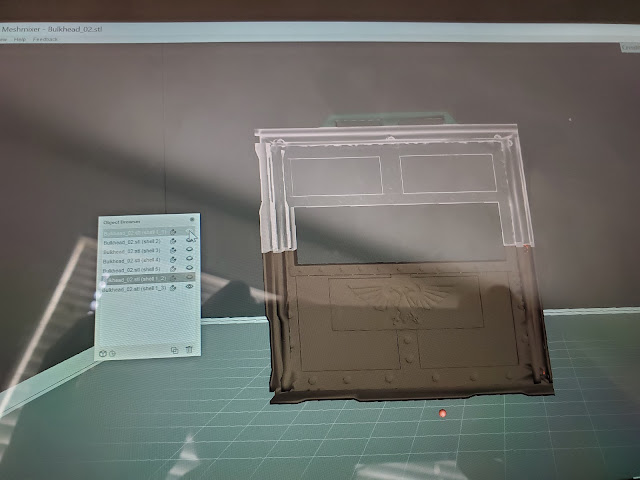 I still had to print with supports, but  it seemed to print fairly well. 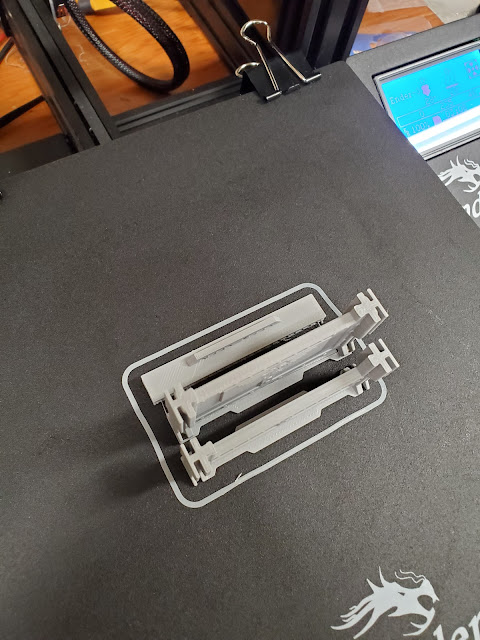 Not too bad, but those supports are a pain to get out. 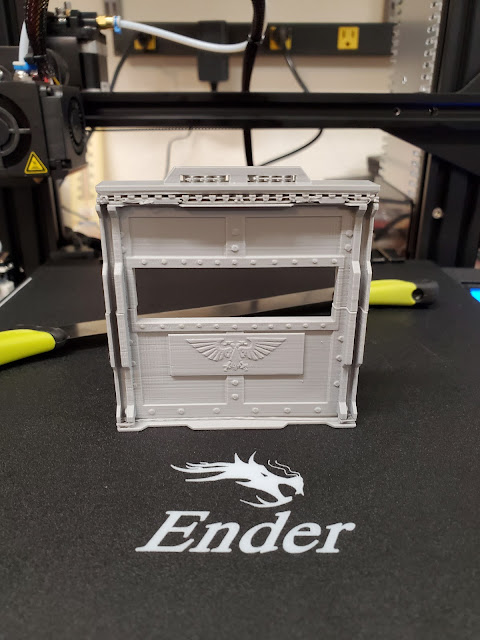 So back to the drawing board and fix those parallel to the build plate files. That handle had to go. it started on the third layer and just made it a nightmare to print. 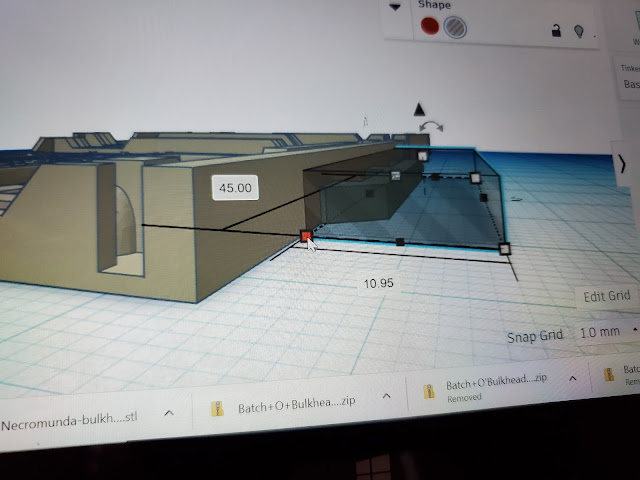 It's hard to get perfect in Tinkercad but it prints flat. 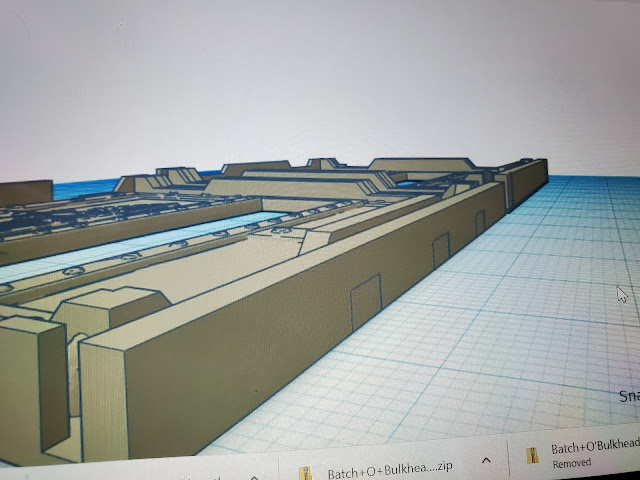 Seven and a half-ish hours, not too bad. This particular print made me realize I had some more tweaking to go as the top right door piece had a void around the sides and the top on the back. Why the OP did that baffles me. 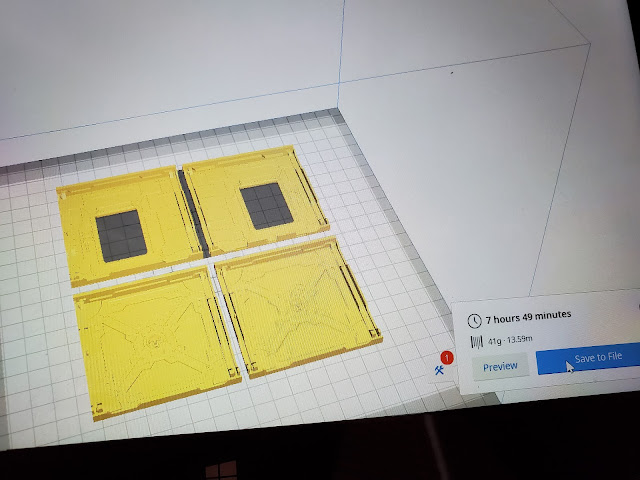 But they did print. Just a little bit of lifting on a few corners. 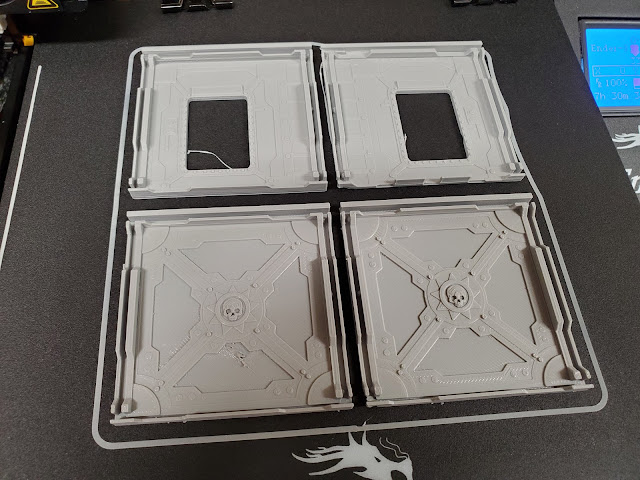 I also realized after this that the fill in the bottom pair was too thin. So I thickened it up a little. 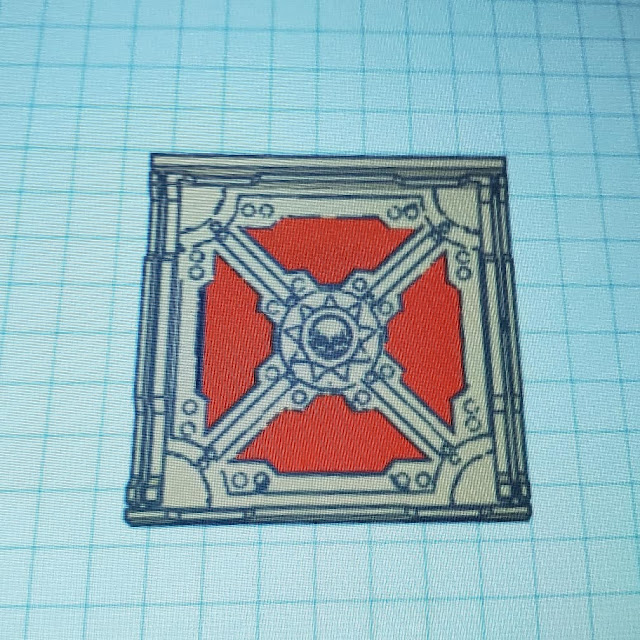 Now I had been super resistant to Tinkercad because I like to have software on my computer so I can work on things offline. After a couple of friends showed me what they were doing with Tinkercad, I got over myself. Now I'm addicted to adding stuff to the bulkheads. 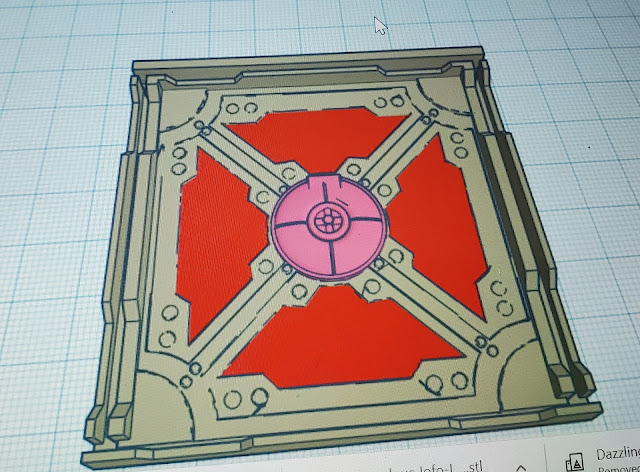 Then I remembered there were some bulkhead frames. I had to cut off the top handle on the right and some connectors between the two halves. 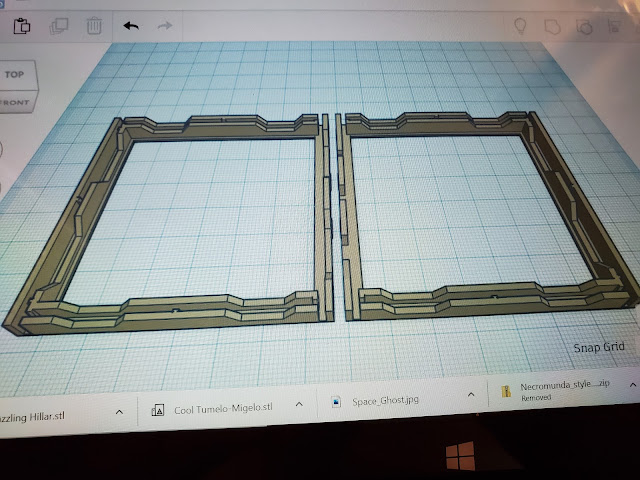 But I wanted to rotate the halves so that they sat on the plate like the other models, but I didn't know how to separate the parts. As you can see here, I figured it out. 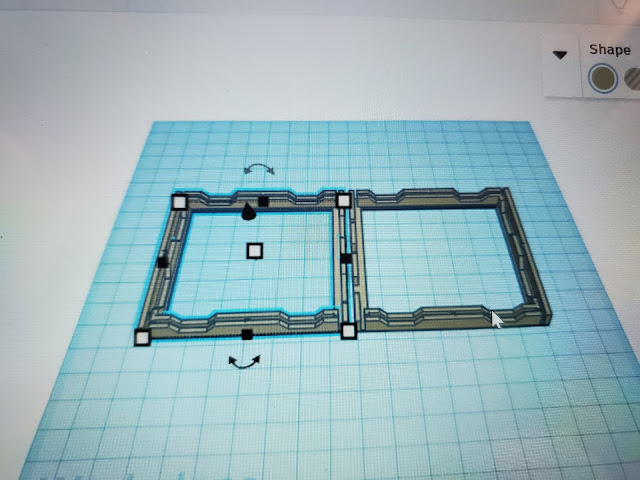 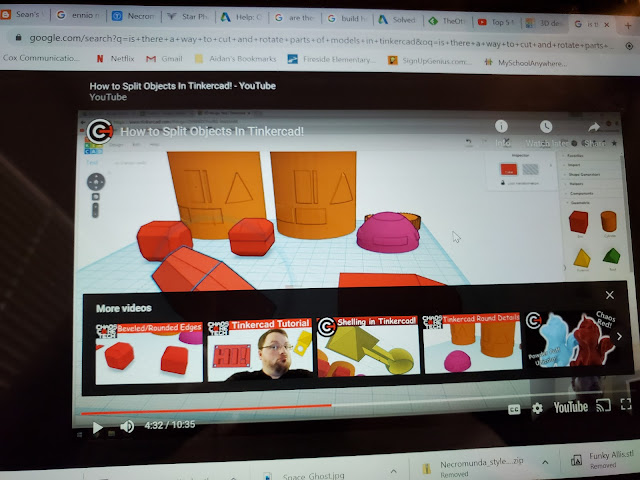 Here's this guys video. Thanks Chaos Core Tech.
He's using an older version of Tinkercad, but you can still do what he says.
Thanks for looking, and I hope to have some habs to show you soon.
Posted by Sean at 5:00 AM