Well, life grinds ever onward and I haven't had as much "free" time as I thought I might. To be honest I might also not be using my downtime very effectively, but that's nothing new.

For today I wanted to share some photoshop brushes I found for fantasy map making. As many of you may recall, I have been making some and mostly waffling about fantasy maps. I have used Hexographer and Worldographer, but never really been satisfied with my attempts with it. I recently purchased Campaign Cartographer through Humble Bundle. It looks good, but I haven't had it in me to work through the tutorials yet.

So I thought, maybe someone has made some photoshop brushes for the Dutch Cartographer Blaeu? I had this idea way back when, but like most of my ideas, never pulled the trigger. One Google search later I found this gentleman's website. K.M. Alexander

He is apparently an author and it looks like he likes to make his own maps for his novels. I might try out one of his books or just "buy a coffee" for him as a way of saying thanks. Anyway, where you want to go is the Free Stuff tab.

Although the brushes are now no longer in the Free Stuff section, you can see they have their own page now. There are some tutorials on how to use the brushes at the bottom of this page. 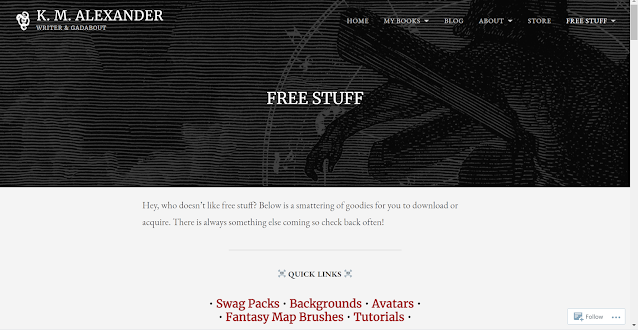 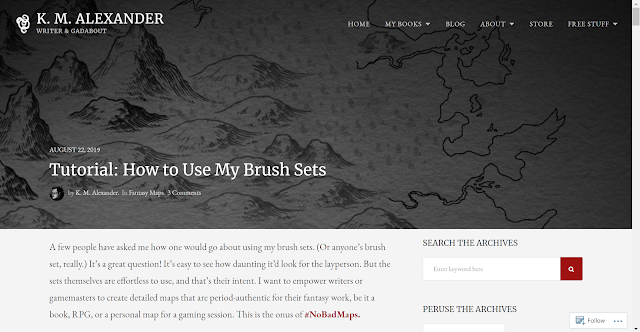 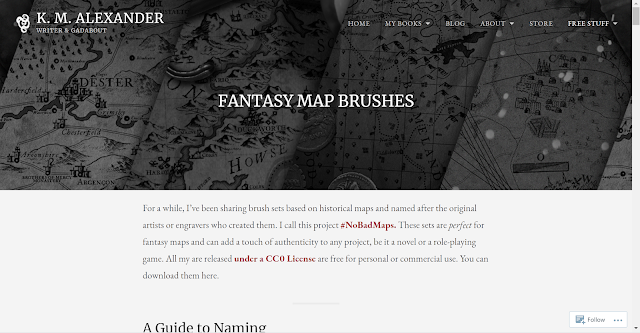 He has a bunch of interesting sets, but I was interested in cartography sets in particular. The original search lead me to the Blaeu set.

This other set, Janssonius, looked interesting so I downloaded it as well. I hope to have something to show you soon, but who knows? I'll probably do something else and forget all about this for another half decade.

Theoretically I'll have some posts about my Perry Plastics and how to input you WFRP 4e character into the online character sheet, but don't hold your breath.
Happy hobbying.