Just a quick post because I've been terrible about blogging this month.

I finished a couple of figures and posted them over at the Old World Army Challenge here. You should really take a look at all the entries, but if you only have time for one you owe it to yourself to take a look at Tom's Dwarves. 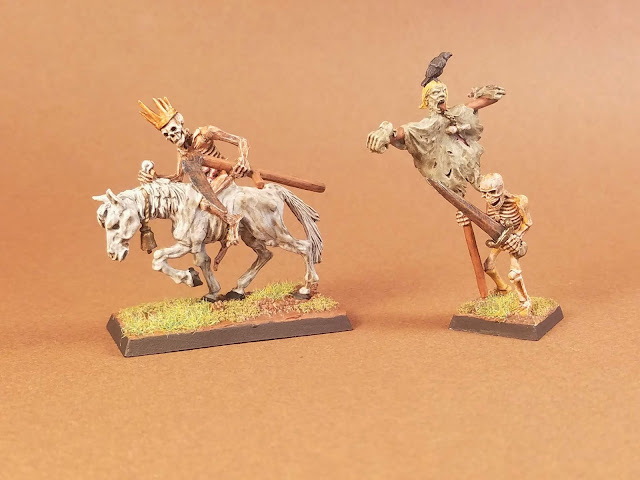 My leader, Zazad the Eternal (thanks random name generator), and the standard bearer for my skeleton troops. 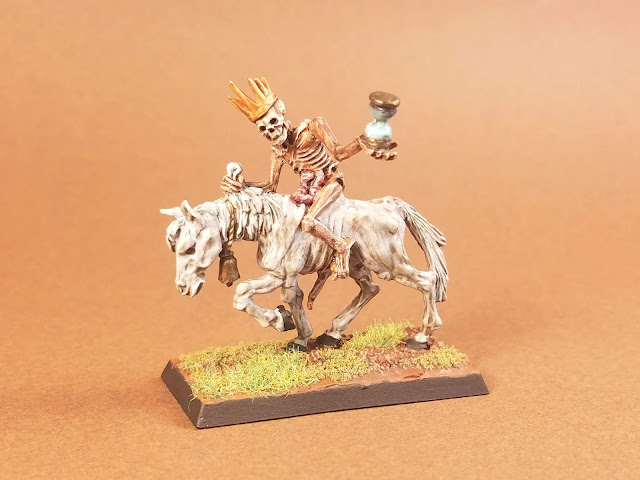 Death, from Skull and Crown's Triumph of Death, came with two arm options. 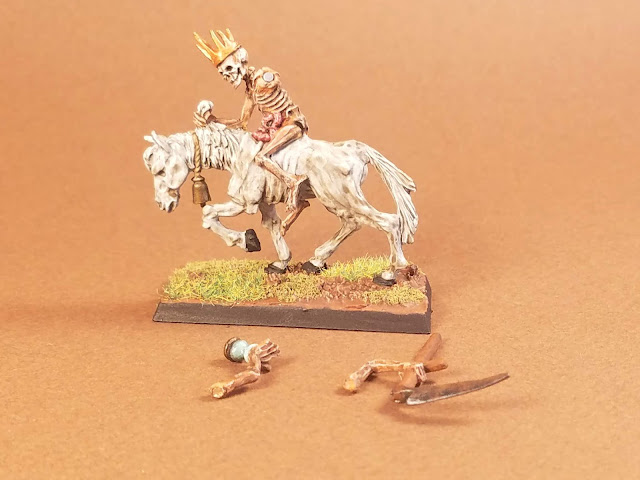 I wasn't able to decide on the arm options so I tried magnetizing. It worked more or less. I also inadvertently changed the head position after breaking his head off before even prepping him. 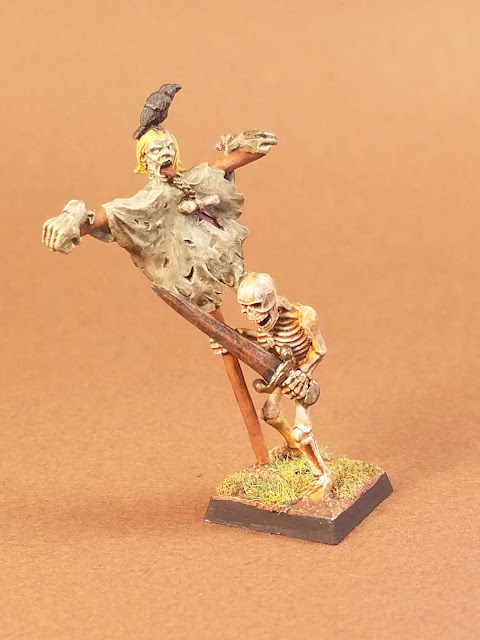 I last minute decided to give him a sword after looking at the box art. 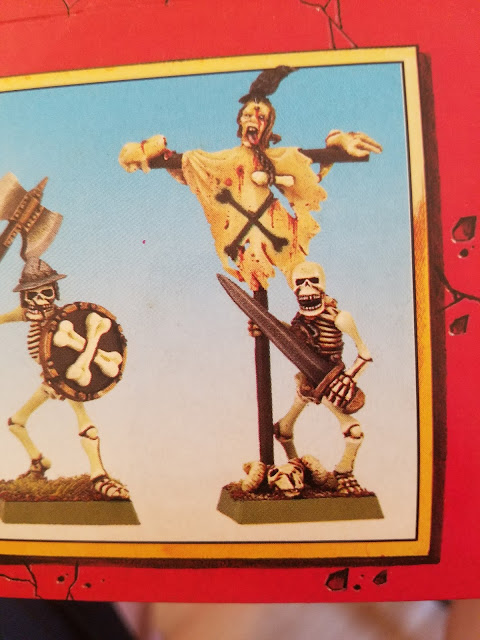 My posing has left him a tad unbalanced so he needs to be placed carefully to not fall forward and to the right.

June is going to be hectic, so we'll see if I can get the last two units done, in addition to my BOYL and local gaming projects.

Banners by numbers - The tutorial no one asked for

No rest for the wicked, so hobby time has had to take the back burner again this month. I did promise I'd share how I did my latest banner, so here goes.

If you are like me and have lots of ideas but not the talent to execute them, making banners can be a frustrating task. As I was learning to use GIMP I realized that I was pretty good at cutting and pasting in the software and that I could build my banners from the elements that Games Workshop gave us to make banners in the Army books or White Dwarf Articles.

So I picked a banner from the Undead Army book. 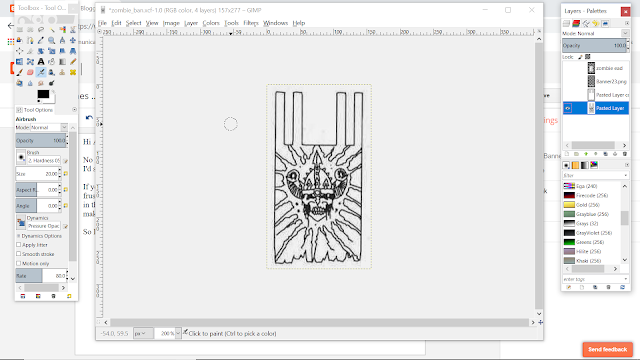 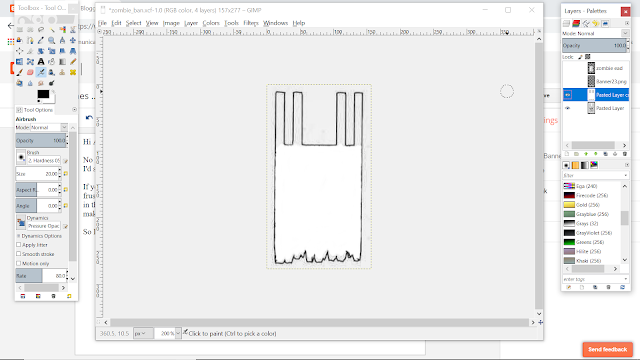 I did a lot of this first in Photoshop, I couldn't get it to look right, so I returned to GIMP. Turns out it was the final stages printing it out that were the issue, not Photoshop. So the main thing I did was get rid of the design, I just wanted the banner shape. I made a copy of the banner then erased the design and then painted in white to get a blank canvas. You could probably just skip straight to painting over the design in white. 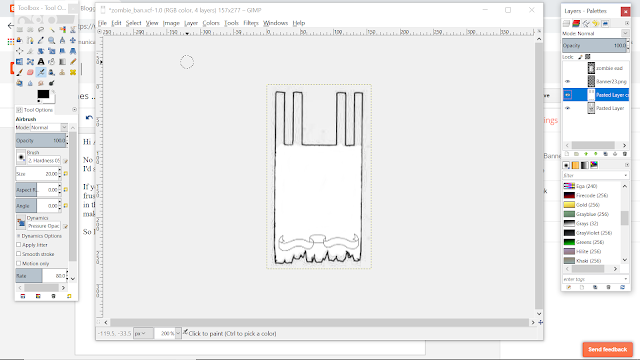 I added a banner scroll that I belive I got from openclipart.org, as its own layer. 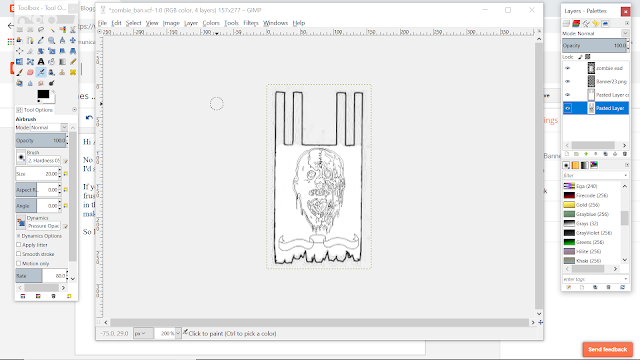 Then I added a trace of some artwork for the main banner graphic. In both of these cases I could have used elements from the other line drawings from that banner page in the Undead army book. I just had other plans. 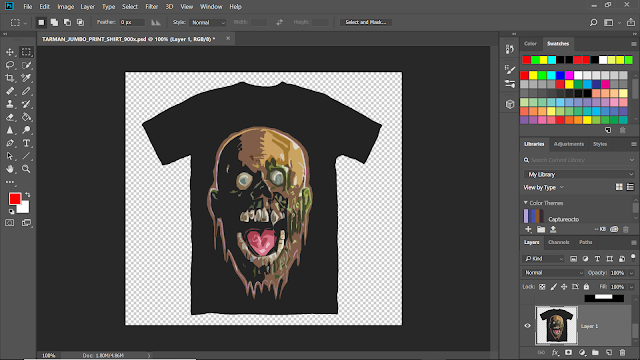 So here's where you may not want to copy me. I latched onto the idea of doing a "Tarman" inspired banner. If you haven't watched Return of the Living Dead, stop everything and do this immediatley. Anyway, I found a T-Shirt and ran a filter on it in Photoshop to alter and simplify it a bit. 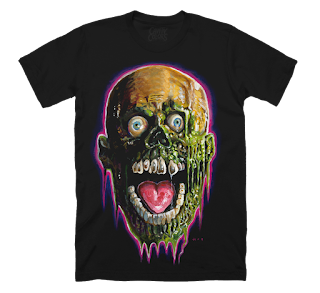 This is the original image. I forget what the filter was, but I think it was watercolor. 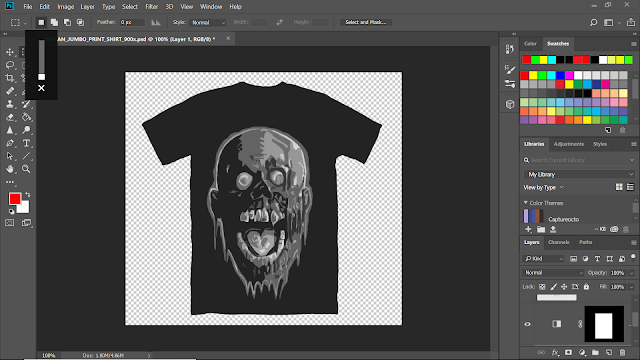 I then ran a greyscale filter on it because I was more interested in tones than actual color. 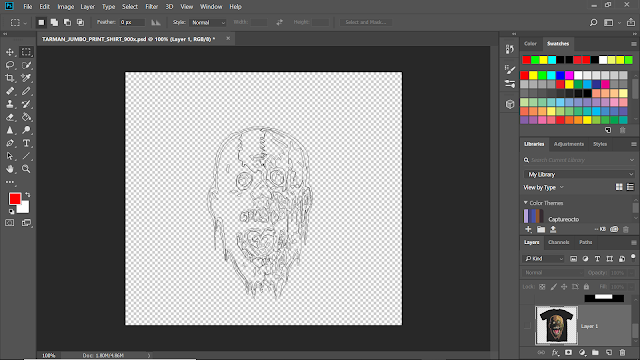 Then I selected areas with the magic wand and stroked the selection with a 1px black line on its own layer to give me my outline. I tried to figure out a simpler way to do this but ended up with this method. It just took a lot of time. 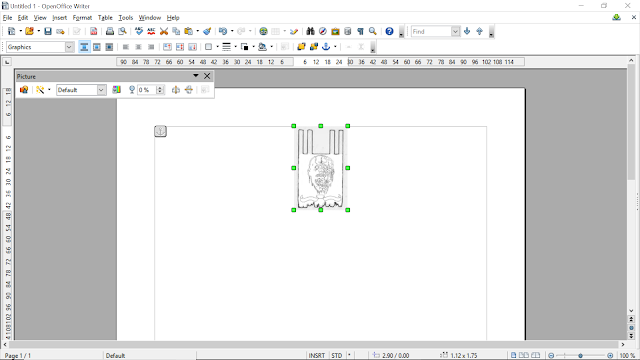 The final problem was that, no matter what I tried, the banner would print out in weird dimensions and very pixilated straight from either GIMP or Photoshop. So I pasted it into Open Office Writer, Set my ruler to mm, and scaled it there before printing out.

I then just painted in between the lines and used a tiny technical pen to write "more brains." As you can see the varnish smeared the lettering slightly. 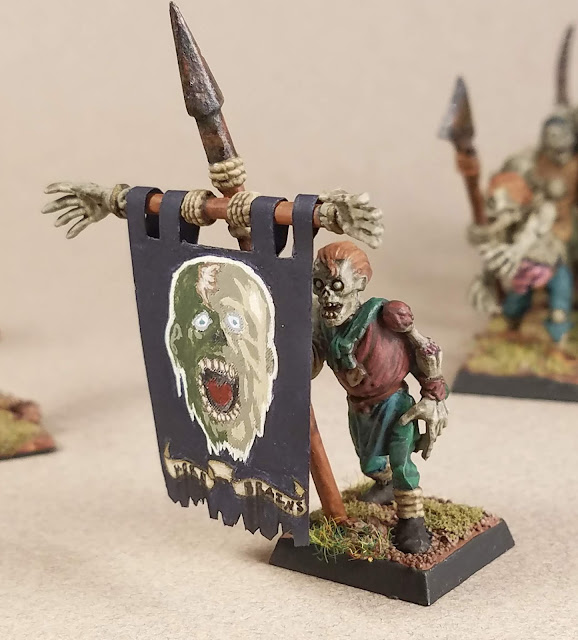 Thanks for looking.
Posted by Sean at 1:35 PM 2 comments: