As I've mentioned, I've been printing a lot on my Ender 3. Unfortunately I missed that the bowden coupler on the hot end had worked loose. This must have caused a gap between the end of the bowden tube and the nozzle which lead to a clog. I cleared out the clog and replaced the bowden tube which had partially melted. Unfortunately the next print clogged as well and a second cleaning attempt lead me to believe that the inside of my heat sync was gunked up and I didn't have confidence that I would be able to get the bowden tube to seat correctly and prevent further clogs.

So after a little research into various hot ends I decided to just go ahead and order a replacement stock one. This particular model has the upgraded Capricorn bowden tube.

I should say here, unplug your printer and it's probably a good idea to pull the sd card as well, just to be on the safe side. 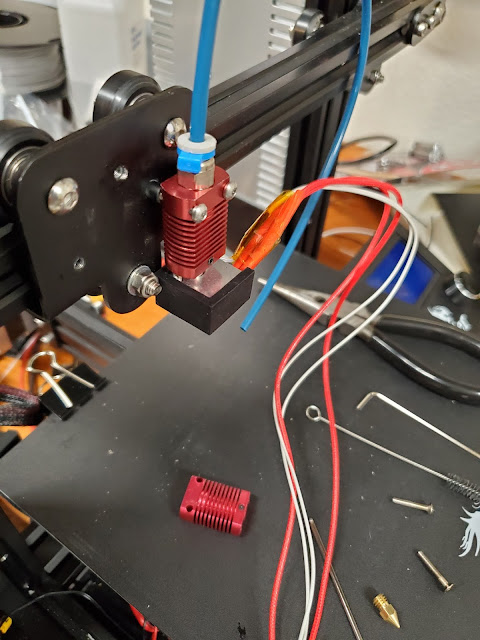 So the hot end is very easy to pull off. Just those two screws pull it off. In the picture you can see I broke down the old one even further. You don't need to do that, I just did when I was trying to figure out what was going on with the old one. 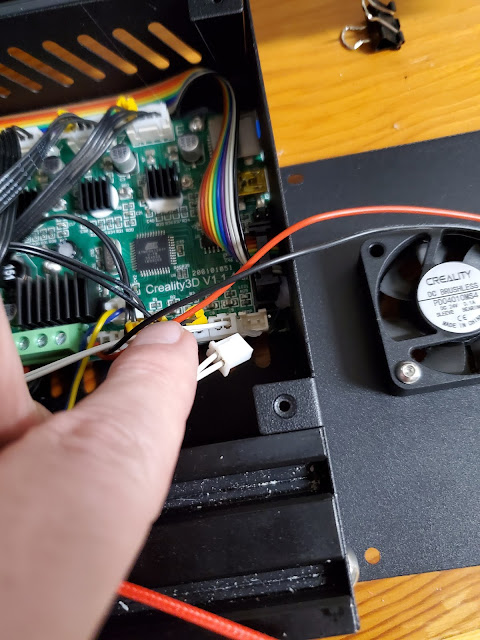 What I didn't show was my clipping all the zip ties. One at the hot end, tightening the wires and cover. Two holing the bowden tube to the wire trace, and a fourth one that was inside the motherboard case holding that end of the wiring together.
Above you can see where I removed the old hot end control wire. Supposedly it's labeled, but I couldn't read it. I also noted after I pulled it that the manufacturer had hot glued the connector in. So you may want to remove that glue first. 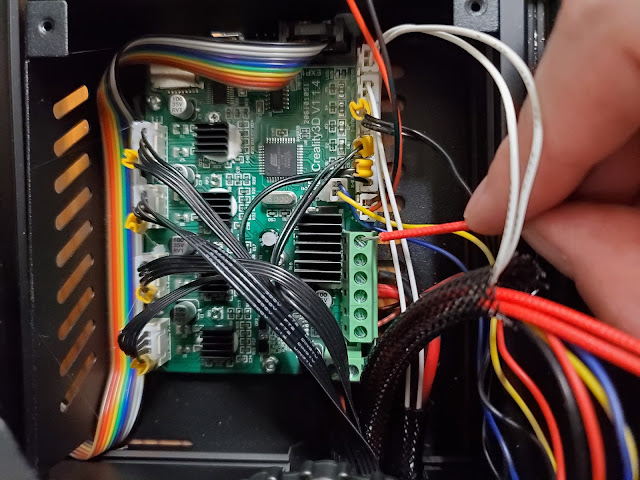 The last two terminals in that strip are to connect the heating element for the nozzle. The screw driver you get with your printer tools loosens these. This picture also shows that I have fed the new wires back through the plastic mesh wire tube. 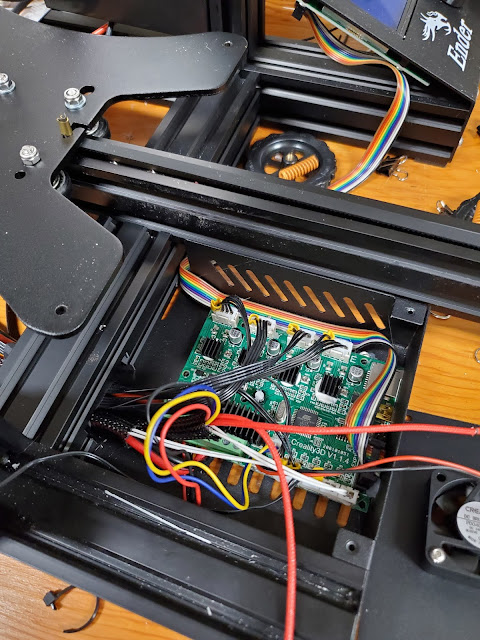 At this point I was having trouble getting the heater cables into the wiring block so I decided to remove the motherboard from the case. It is held in by four pretty stiff screws. I also had to remove the bed plate to really get at it. 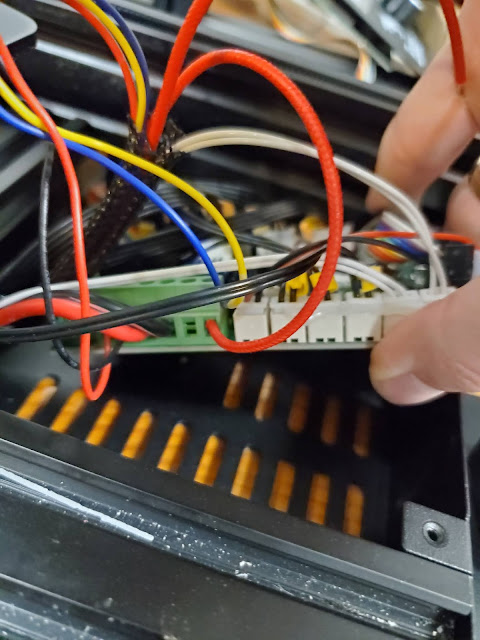 This last picture is just to show how you want to insert the stripped wire end above the little metal piece. Tightening the screw will pull it up and make a tight connection with the wire.
I then put in new zip ties in the places where I removed them. Perhaps I should have documented the removal and replacement.
Button everything back up and test it out. You should be good to go.
I still need to run some test prints and dial my settings in. I've printed two scenery pieces since installing this and there are some print flaws right now. I'll let you know what I had to change.
Thanks for looking.