Ender 3 - Doing it wrong until you get it right

Well it took a lot of trying and setting, and re-setting things on the Creality Ender-3, but I managed to get my first print done.

I thought, perhaps a little naively, that I could set it up out of the box and let it rip. It comes partially assembled and putting it together has a very IKEA furniture feel about it.

If you take the plunge I highly recommend the Official Facebook Group here. In the files section is an extensive guide for assembling and tweaking your Ender-3, written by Luke Hatfield. Also lots of people on the group who can give you help if you show them pictures of what is going on.

I also highly recommend Chuck Hellebuyck's Filament Friday (CHEP) youtube channel here, specifically this video with the links to his gcode for bed leveling and test printing to check the bed level.

The first thing I did wrong was pinch the z-limit wire under the vertical support beam. I had tried to hold it out of the way multiple times while assembling and didn't realize I had let it slip under once again. I pancaked the wire pretty bad in two places, fortunately for me it still works. I would advise taping it well out of the way while assembling. 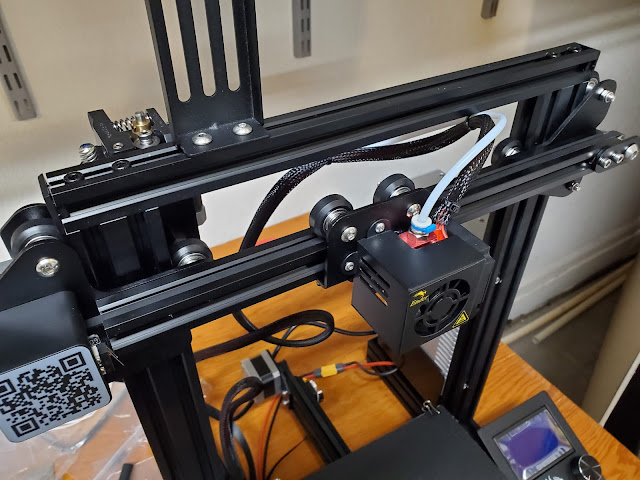 The next problem I had was the cross beam that holds the print head. I had a 6mm difference between the left and right sides. CHEP talks about adjusting the left side and I did that about 5 times and couldn't get it right. Finally I loosened and re-tightened the right and got it straighter, fixing the difference to within 2mm. 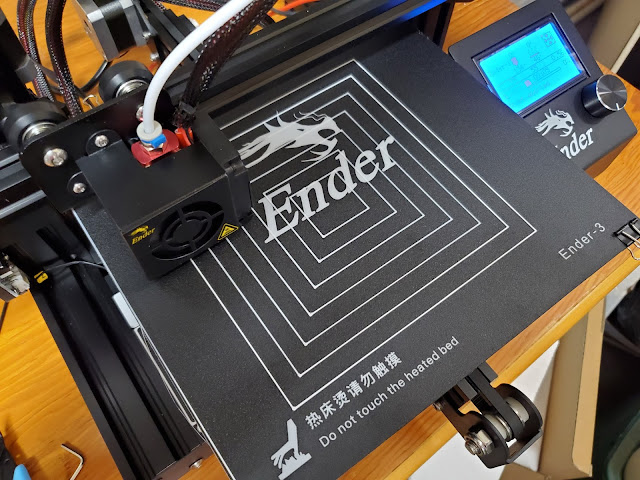 I then ran the CHEP bed level, using a post it to set the nozzle height (not shown). Then I ran the test. Success! I ran my fingers over the corners to see if it was sticking to the bed. I then peeled that off and set a print I found on thingiverse to print. 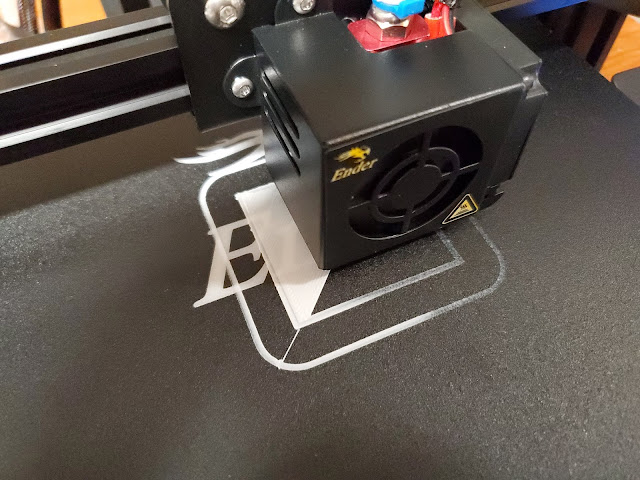 I probably should have run the bed level code again. The lighter look of the line on the right seems to indicate the bed is too high on that side. 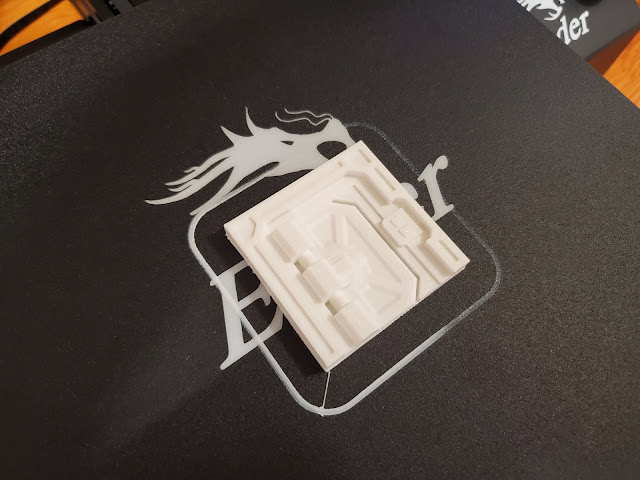 But I let it run and ended up with a pretty good first print in a little under an hour and a half. 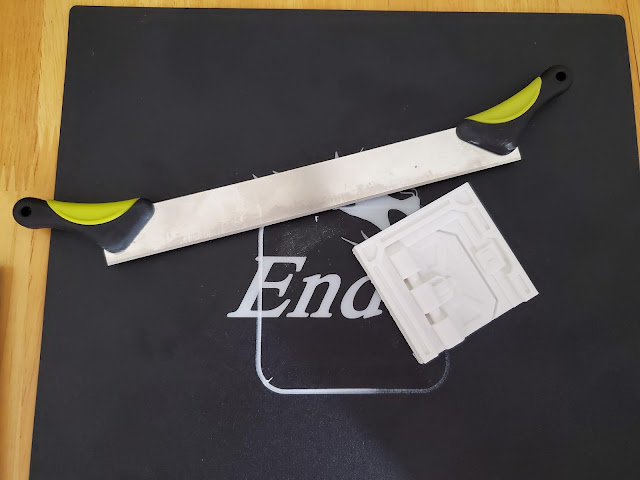 I had some trouble getting the print off the print bed. The stock scraper was a tad too thick to get under a corner, but I had this tool for slicing clay and sculpey and it worked a treat.

I think I'm going to print up some more bits for making up sci-fi buildings. I've also got some Fat Dragon Games stuff for making dungeon tiles and Space Ship tiles I'm looking forward to trying out.

Thanks for looking, and I hope you can learn something from my folly.
Posted by Sean at 5:06 PM