So after my epiphany about Ambull husbandry I decided to look in the Rogue Trader rule book. Guess what? "Ambulls originate from the dangerously hot polar rock-deserts of Luther McIntyre IX. They can survive extremely hot temperatures for long periods, a factor which has led to attempts at domestication on several desert planets. As a consequence, Ambulls can be found on many planets throughout human space." (p. 207)

So my idea of a Ambull stud farmer is not so crazy after all. The seed of my scenario idea is more safari than farm, although I suppose that could be a twist. Raid on the Ambull farm.

Any way there is one upfront issue for an Ambull scenario. The figures are rare and expensive. A perusal of eBay shows them available from about $25 - $30 with most being in the UK.

You can get new ones, sculpted by Diego, from Knightmare Games here for about $15. Much more reasonable but I want a lot of Ambulls potentially on the table so that gets expensive quickly. I have 2 of these already, but like genestealers, I think you need swarms of them for this idea. 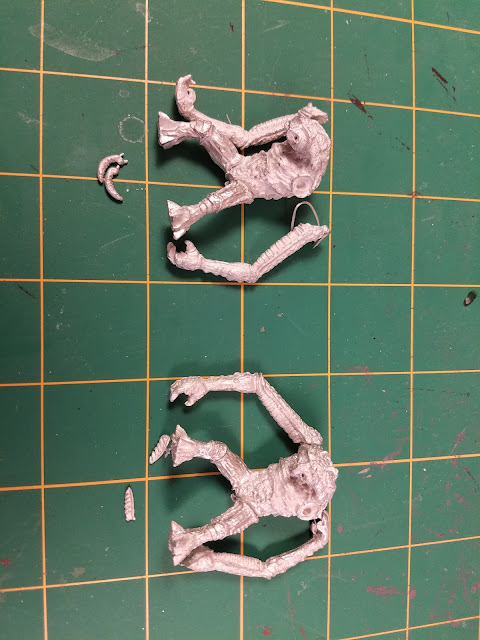 So I went with plastic Umber Hulks from the Dungeons & Dragons Nolzur's Marvelous Unpainted Miniatures on Miniature Market here. They are on preorder, due out in November, but are currently priced at about $4.50 each. Now we're talking. I ordered ten. 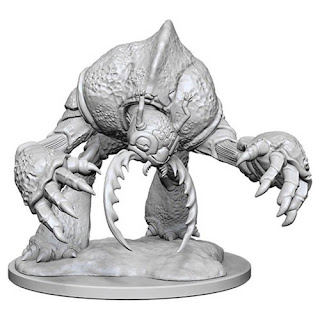 Further down in the paragraph there is mention of the Ambull's favorite food, the Crawler. The picture shows a squid like monster with a shell that looks like a subterranean drill. I have never seen a figure for this but Reaper makes a Bones version of the Ankheg for $3.49 each here. I am enamored with these as another food source for Ambulls. 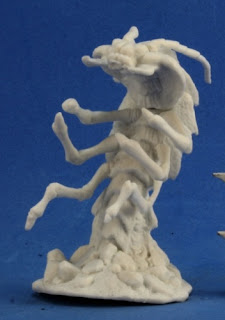 So the jist of the scenario would be collecting this valuable product, and/or stealing it from other collectors. Bands go around hunting and subduing Ambulls but it's hazardous work. You can't tell without checking their cloaca if they are male or female. You also can't kill them. You want the females to keep the stock growing and collecting from dead males drops the value to next to worthless as they dump musk into their systems upon death which ruins the product. So once subdued, odds Male, evens Female.

Anyway it seems like it would be a good scenario for using blinds and perhaps hidden movement. The main thing is making sure that everyone at least has the potential for equal access to Ambulls.

Just the bare bones right now. I have to figure out what weapons could be used to subdue rather than kill. A neural disruptor jumps to mind. We shall see. Thanks for looking.
Posted by Sean at 7:40 AM